Join Us And Let’s Get This Wildlife Hospital Built!!

Within the next two years

To save the lives of thousands of injured wild animals, whilst promoting public respect and love for nature, & providing educational opportunities and therapeutic benefits to people who visit and work at the wildlife hospital


Is a hospital necessary?

We need a Wildlife Hospital for Ireland

In Ireland there is no national organisation responsible for the rescue and rehabilitation of all types of wildlife species. Instead, there are various individuals and organisations around the country that either rescue specific species or rehabilitate whatever casualties come their way.

In the UK the RSPCA cares for domestic animals but also has 4 dedicated wildlife rescue and rehabilitation centres, and the Scottish SPCA also has 1 solely dedicated to wild animals. In 2014, in excess of 16,000 wild animals – anything from sparrows to seals – were treated by the RSPCA’s four wildlife centres.

In addition, there are roughly in excess of 700 establishments throughout England and Wales dealing with up to half a million wildlife casualties a year.

In Ireland the ISPCA and other national SPCA’s care for all animals but their focus is on domestic species and as a result, they have very limited resources for the rehabilitation of wildlife.

There are far more casualties than we can properly treat

In 2013 WRI conducted a survey of wildlife rehabilitators’ wildlife casualty numbers: 17 of the rehabilitators that we contacted, reported a total of 1467 wild animal casualties over the previous 12mth period.
Also during 2013, for the first time, 665 veterinary hospitals and clinics in Ireland were contacted to assess the numbers, and treatment, of wildlife presented over the previous 12 mths. The 116 clinics who responded represented the majority of those that took in wildlife, and they reported an estimated total of 2,989 wildlife casualties seen.

Interpreting these results, and considering the data is from 2012, we estimate that at the moment we are managing to treat some 5000 Irish wildlife casualties annually with further evidence from these surveys estimating that there is at least this number again of wildlife casualties that are not being treated because of lack of resources. Thus it is reasonable to conclude that there is currently a shortfall in wildlife treatment resource in Ireland of at least 5000 casualties per year.

The pressure on wildlife is increasing

Numbers of casualties being rescued are growing; most of these victims are, either directly or indirectly, the result of human activities. Many are injured in road accidents or wounded or trapped by fishing tackle or other rubbish; others may be contaminated with oil, attacked by cats or dogs, injured by garden implements or deliberately persecuted; shot, snared or poisoned.

Otter, Red squirrel and Leisler’s bat are species listed as ‘Near Threatened’ according to the National Parks & Wildlife Service

One of the reasons hedgehog numbers are falling is the loss and fragmentation of their habitat. Severe winters may also kill hibernating hedgehogs.

Many pesticides are harmful or lethal to bee populations.

Breeding Curlew have recently declined in Ireland by as much as 90%.
Declines of these and Lapwing, Redshank and Snipe, are largely attributed to land use changes, in particular those associated with agricultural improvement.

Thousands of injured and orphaned wildlife casualties are rescued annually by concerned individuals and nurtured back to health in animal shelters and back gardens around the country.

Wildlife Rehabilitation Ireland have been supporting these individuals; providing educational opportunities, training courses, online resources etc. However, we’ve become a victim of our own success as we now have more individuals than ever who want to pursue a career working with wildlife.

Wildlife Rehabilitation Ireland believes that when proper records are kept and made accessible about the levels of wildlife casualties and the damaging effects our various national development policies are having on Ireland’s biodiversity it will be realised that intervention is needed on a national scale. Most other developed countries have at least one National Wildlife Rehabilitation Hospital. WRI wants to bring to fruition the creation of such a much needed resource in Ireland.

The circumstances now demand the establishment of a National Wildlife Rehabilitation & Teaching Hospital to cope with the surplus casualties that can’t be rehabilitated through the limited resources of small, often back garden, rehabilitators.


Is a hospital necessary?

Lack of training and resources results in only 17% of Irish vet practices, and few SPCA’s treating wildlife

There is huge demand for quality wildlife rehabilitation hands-on training from:

Until recently, vets and vet nurses have had no training in treating wildlife casualties. Course options are now being offered on wildlife treatment by WRI, but the quality and quantity of this can be greatly enhanced with hands-on facilities in a dedicated Wildlife Hospital.

Providing first class training facilities for Veterinary professionals, for the SPCAs and for Rehabilitators is an essential part of the Wildlife Hospital mission.

The proposed Wildlife Hospital will be Ireland’s first dedicated wildlife rehabilitation & teaching hospital providing treatment for all species of native wildlife, and offering training courses and volunteering opportunities to the Irish and international individuals who continually send us requests for such opportunities.
The more wildlife rehabilitation and conservation is highlighted and best practice standards are promoted, the more important it becomes to offer a state-of-the-art Teaching Hospital to put these protocols into practice.

The result of this new willingness to help wildlife is that more casualties are being reported and brought to Ireland’s small number of independent back-garden wildlife rescue centres, thus increasing the pressure that these facilities are under. The Wildlife Hospital will relieve some of this pressure and also provide training for rehabilitators. The Wildlife Hospital staff will provide expert care based on internationally recognised best practice treatment techniques.

Visitors will be able to view patient journeys back to wellness, connecting generations of Irish people directly with the conservation of some of our most iconic species. We will build a Wildlife Hospital that will re-enchant adults to nature, and offer a solution to today’s nature-deprived young people because ‘what we don’t know, we won’t protect’.

At the heart of the Hospital project is the social enterprise partnership (SEP) theme – the Hospital will be run as a SEP, and to this end WRI has contacted organisations that empower young people and at-risk groups in society, who WRI believe could also benefit from the creation of this Hospital and who may wish to form a social partnership with WRI.

WRI believes that social partnership is a valuable aspect to this project and will be extremely rewarding for all participating organisations – volunteering with animals in a natural setting has been proven to significantly promote social, economic, psychological, spiritual and physical wellbeing. This project, the first of its kind in the Republic of Ireland, will offer these young people the opportunity to care for injured animals in return for their own educational advancement and personal development.

The majority of people are unaware that there is no national organisation in Ireland with responsibility for the rescue of wildlife. The current provision is a small number of individuals and organisations in the voluntary sector who rescue/rehabilitate wildlife casualties. However, they are under resourced in terms of money, facilities and veterinary support, and information sharing/networking has been poor.

Many other countries have a nationally coordinated approach to wildlife management and have a national organisation that acts to provide this coordination. Wildlife Rehabilitation Ireland (WRI) was established in 2010, with the aim of working for the general advancement of wildlife protection and rehabilitation in Ireland and to provide a hub to coordinate communication and share expertise within the wildlife protection and conservation sector.

As the public profile of wildlife rescue and rehabilitation rises, so too does the number of wildlife casualties brought to these small independent wildlife centres. There is now extreme financial pressure on these individuals resulting from the increased demands on limited resources. In addition, there are countless valuable research and educational opportunities being missed due to lack of resources.

This combination of circumstances demands the urgent establishment of a self-sustaining National Wildlife Rehabilitation and Teaching Hospital in order to provide Irish wildlife and Irish society with a way out from this currently unsustainable situation.

At the heart of the Hospital project is the Social Enterprise Partnership (SEP) theme; the Hospital will be run as a SEP, and, in pursuit of this, WRI has contacted those organisations that empower young people and at-risk groups in society, who WRI believe could benefit from collaboration with the Hospital and who may therefore wish to form a social partnership with WRI.

WRI believes that social partnership is a valuable aspect to this project and will be extremely rewarding for all participating organisations; volunteering with animals in a natural setting has been proven to significantly promote social, economic, psychological, spiritual and physical wellbeing. This project, the first of its kind in the Republic of Ireland, will offer young people the opportunity to care for injured animals in return for their own educational advancement and personal development.

At a projected cost of development expected to be no more than €3 million, and intended to become self-funding in a short time frame, this new facility will be a major addition to the tourist attractions of the east coast of Ireland.
The new Wildlife Hospital will have:

WRI is seeking government and EU funding, social partnership grant aid and commercial and philanthropic support to develop this new and innovative project.

Small back-garden wildlife rehabilitators around the country have served the needs of Ireland’s wildlife casualties for decades. Human actions are the main cause of these casualties through infrastructure development, intensification of farming practices and the like.

The time has come for a much-needed facility which will reduce the pressure on these individuals and provide them with expert backup and support, and will offer educational opportunities to students and the veterinary profession in the area of wildlife rehabilitation.

We seek to enlist the assistance of those with vision, compassion and the financial resources to help us to take responsibility for injured and orphaned wildlife in Ireland.

We invite corporate sponsors to capitalise on our expertise and commitment and join with Wildlife Rehabilitation Ireland and invest in a sustainable unique and innovative social enterprise project – National Wildlife Rehabilitation and Teaching Hospital – which we believe will bring real economic benefits to both the local community and to the nation as a whole.

We are in the enviable position of having two county councils seeing the benefit that this new and innovative project could bring to their area. We are thrilled therefore to have been offered a site from each of them!
We are currently working with one of the councils who are currently funding the feasibility study for the project.

We are keen to provide more details about the sites, but until the feasibility study has been completed, we’re not at liberty to disclose any other information about the site.

WRI is a member of the Irish Environmental Network (IEN) and through the IEN receives core funding from the Department of Communication Climate Action and Environment.

WRI is delighted to be supporting work experience placements through Tús, a government back to work initiative. 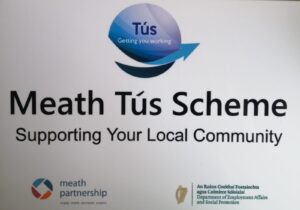